A snowflake threatens to fall in Alabama and the markets runs out of milk and bread. Seriously. After moving around the country and living in a state where snow and ice were “just another part of winter”, I get why people here lose their mind when the word snow is mentioned. 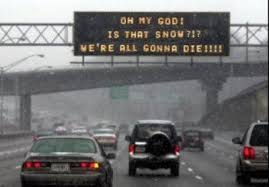 2 years ago, parts of Alabama were hit by a crippling snow storm as was parts of Georgia. People were stranded in their car from 2 hours up to nearly 24 hours. My family was scattered around the city and only my brother made it home that night 6 hours after he left his office usually a 20 minute ride. My parents got a room at the hospital and my then-pregnant sister-in-law spent the night at the school. I can’t even imagine.

Being a weather geek, I have been closely watching the weather and according to all sites, we are due for a bit of bad weather here. Although, in my local area, there is only maybe an estimated inch of snow that we will have and it should all be gone by Saturday. Probably. However, models and projections say it could impact the state on a larger scale if certain weather patterns collide. This would bring Alabama Snowpocalypse 2016 to central Alabama. We will be screwed. Hence the run on bread, milk and water. Personally, I already had milk as the kid drinks gallons of it, but picked up more bottled water, we go through it anyway, and a few bottles of wine. I will stop again today to deal with the mob because we are out of freaking broccoli and pomegranate juice. Don’t judge I am weird about my juice and the kid is weird about his vegetables! I also need to pickup icecream which is also weird but I was planning to do it before I learned of the complete maos that will be tomorrow due to the potential snow storm. Blessed sweet Pete I just love it when folks lose their minds over what-ifs! They obviously weren’t paying attention to ground temperatures before and models and projections for after said event either or they wouldn’t buy up all the groceries some of us just need but they bought for the next month… they can always use the excess for Super Bowl parties I guess! 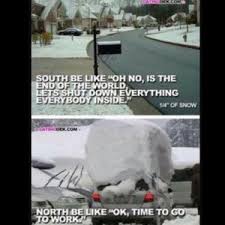 I am hoping to take the boy to the science center tomorrow, however the worst is supposed to hit tonight and early in the morning. I had to let him know that we may not be able to go but he was comforted with the fact we will play in the snow if we can’t go out. He still remembers living in Tennessee and getting iced in where we lived. He’s only bummed because it won’t happen on a school day but if we get snow, it will be fun no matter what day it is. Ah the flexibility of the young! Finding the joy in the small things that make some adults flip out and often over-react! 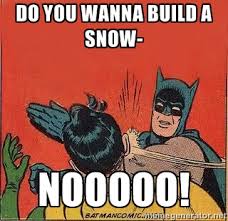 Honestly my biggest concern is if we do get snow and ice, the people that rely on others to come in and care for them may not have anyone that can get to them or that would be willing to stay with them. I thought about making sure they were somewhere safe. I considered finding chains for the Blue Bunny, my Jeep, but she isn’t in the best shape and that Murphy dude and his laws seem to race to change my plans… probably not the best plan but my heart is there! I’m sure I will be knee deep in making sure folks are taken care of once I get into the office. 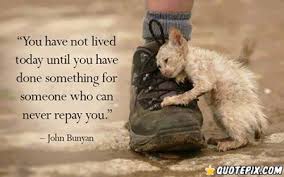 Like I said, we aren’t prepared for snow and ice. People here don’t drive well in bad weather. *ahem* I have had people call out when it is raining hard and I can only imagine what the phones will be like this afternoon and tomorrow. Y’all send up a prayer I am not on call this weekend ‘cause I am not sure I could take the stress!

For those of y’all really getting pounded by Winter Storm Jonas (I just learned they named winter storms and I am a geek so there’s my info for today kids) my thoughts and prayers that you get through safe and warm! For those facing it, brace yourselves, stock up on necessities and booze (if you like or whatever gets you though!) and ride it out with those you love. Pay attention to your local news stations and for the love of Pete don’t go out in the madness unless you have to!

Enjoy that nature is saying, “Just stop and slow down”. And don’t forget to check on friends and neighbors, especially those who may live alone, are elderly, frail or just need to know that someone cares! 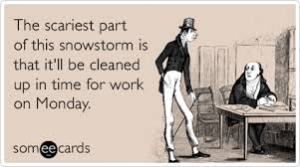