That moment when you are at your wits end and you call your sister and say, “Go out to the pen, grab a chicken, a rooster, whatever you have most of and sacrifice that critter and chant for things to get gooder!” Yeah, I totally had one of those moments.

Times like that is where 80’s movies and song quotes come to mind. “Life moves pretty fast. If you don’t stop and look around once in a while, you could miss it.” Ferris Bueller. That’s the first one that popped in the old noggin’. Maybe being of the MTV and a Gen X’er play into that. Who knows?! And really, do I care? Eh, maybe not so much. I mean I can’t even place artist and songs together unless we go way back and even then I may know the entire song but not who sang it much less wrote it!

By the way, the sacrifice thingy worked, at least for the one issue I had which involved an early start to my morning by at least an hour. And anyone who really knows me knows I am Not an early morning person unless I went to bed really early. I’m more of a night owl. Lately I am just a need more sleep-in-love-with-my-bed-and-think-about-it-far-too-often kind of owl. Human. Whatever!

This week has been a real hum-dinger! I am hoping and praying for a better today and a fabulous weekend. Life is what you make of it. Life may be tossing zingers at me, but I am truly working hard to handle it with class. Sometimes there just are no words. You have to just trust in what is there and believe in yourself. No matter how hard it gets, you know you can get through it. Maybe a little more worn than you had thought, but you make it through.

For me I learned when I had the boy that I can’t let those zingers drag me down for too long. I can wallow in it and I can ask why, but I also have to be present for him. I have to function for him and I want to. Gone are the days of me being able to stay in my pajamas for the weekend or when I come home from work. I wouldn’t have it any other way. 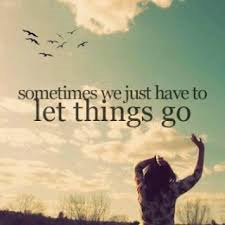 The whole single parenting thing can be very daunting at times. Even if you co-parent well, it doesn’t make other things just easy. If you don’t co-parent well and you have other issues, it can be even worse. I am just blessed to be a parent at all. I am just thankful he is so open and understanding with me. He talks to me about anything and he’s only 5. He tells me he knows he can talk to me about whatever he needs and I won’t get too mad or upset.

I do screw up, pretty much weekly, but I know I am doing something right. I know that my greatest contribution to this world isn’t the words that I write but the human I teach to go out into the world. Love. Hope. Compassion. Understanding. Questioning. Patience. Faith. Trust. All of those things as well as teaching him how some other people hate, and sometime for no reason than that was how they were taught. Heady stuff.

The best part is that he makes life more bearable when things are rough. He loves me unconditionally. That and I now know my sister will do the bird sacrifice for me make all right in my world!