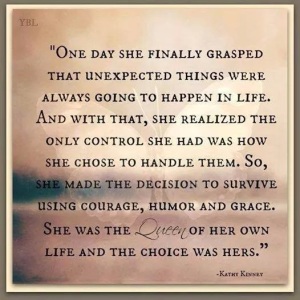 When you’re in a relationship for a long period of time and you realize that it can’t continue the way it has been going, it can be hard to address the issues with the person you love.

Or maybe you aren’t in love with them anymore but you do love them and you don’t want to hurt them.

Or maybe it is a friendship or business relationship and it is time to end it.

Either way addressing your feelings can be hard because, if you are like me, you don’t want to hurt the other person.

Unless of course they have hurt you and then you’re trying to get back at them, and that becomes a vicious cycle that I can go on and on about but that isn’t where I am going today!

It can be hard to talk to someone who doesn’t acknowledge the problems you’re having, or worse to acknowledges certain parts, but brushes it off with either empty promises to actually do something about it or pretend it isn’t as big of an issue as it is.

That’s when things become frustrating, and could turn to “well you’ve done this to me I will get back at you this way.”

That is an easy way out in my humble opinion.

What is harder is trying, sometimes repeatedly, to address the problems and getting brushed off, lied to or shut down.

I recently had to break up with my son’s daycare, then after talking to them realized I may not want to do that. So now I am in research mode to see what the best option is for him.

I love his currently daycare but thought the other school would be better. Digging deeper I have found they aren’t all they said they were and now I am trying to do what is best for him.

You try to do the best for all involved yet you know someone will be hurt no matter what you do.

You try and try and talk and talk.

But in conclusion you know it’s time to end it in some way.

You never know, maybe one day you will be able to be in each other’s life again.

Or maybe you never want to see that person again.

Personally I have been through both business and personal breakups.

Friends or lovers it doesn’t matter, it does hurt.

I have been called cold and uncaring.

Sometimes you have to shut yourself down so you don’t hurt even more than you have been. And I don’t want that person to see how hurt I am. How I allowed myself to hurt that much.

People don’t realize how deeply their words can cut.

They don’t realize that you may can take something 527 times but the 528th time you can’t do it anymore.

They often don’t realize that their actions affect more than just the two of you.

“Sorry” no longer will work when the actions happen over and over again, like a hamster in a wheel. 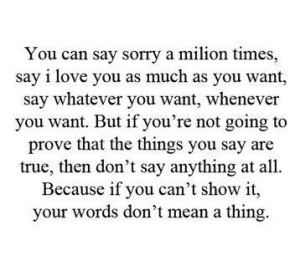 And just because you broke up with someone doesn’t mean you stop caring about them. At least not for me.

I do know some people that are like that and that is great.

I am just not wired that way.

So when they say, “breaking up is hard to do” I have to agree.

Especially when you care.

So if you have to end a relationship know it isn’t easy on either of you.

Try to give the person some credit for respecting how you feel and take into consideration what you have contributed to the demise of this situation. You may have no fault. Or you may be the reason.

Have a fabulous Wednesday my friends!